This past spring, VT Democrats tried to pass a Carbon Tax on home heating fuels (H.715). Gov Scott vetoed it and that was sustained by a single vote. Democrats are bragging that they will bring the Home Heat Carbon Tax back in January, and if Republicans don't win at least 51 house seats this November, this time it will pass. 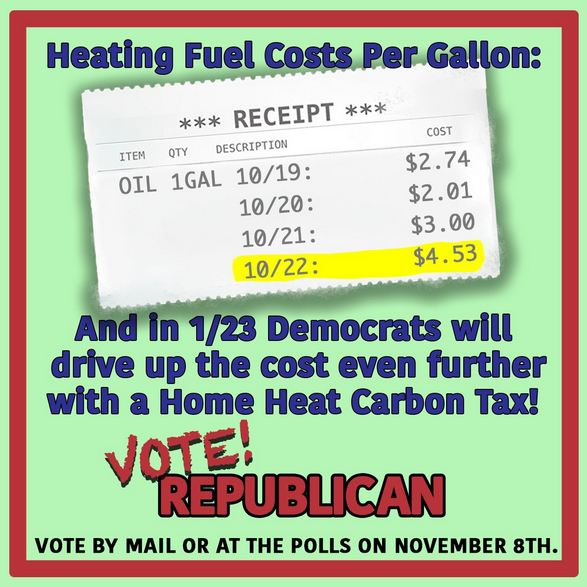 Sending more Democrats to Montpelier will result in carbon taxes that will raise the cost of gas, propane, and home heating oil. In other words, your cost of living, working, and raising your family in Vermont. EVERY Rutland County Democrat voted for the Clean Heat Carbon Tax (H.715), and then voted to override Gov. Scott's veto of this awful bill. 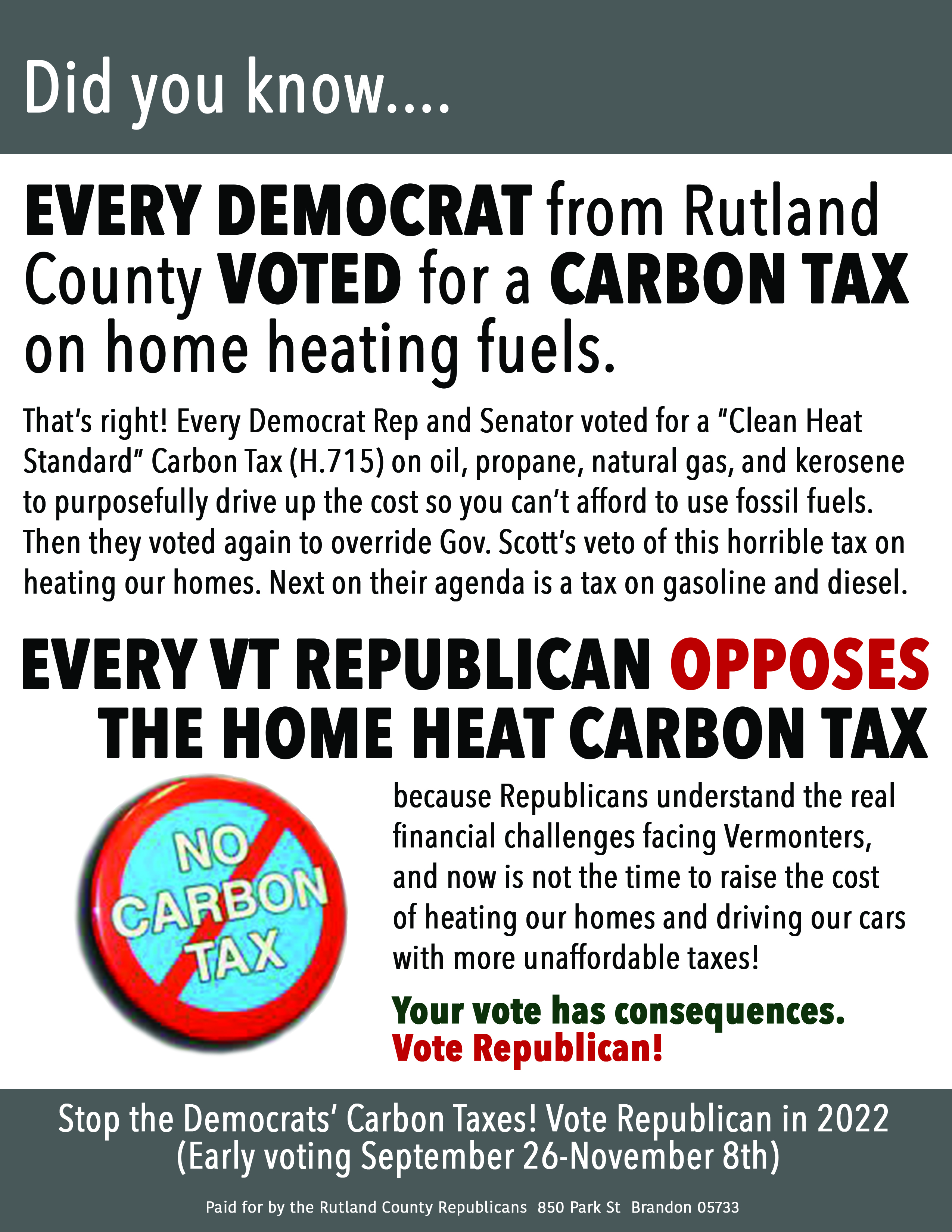 Our Rutland County Republican delegation has opposed Carbon Taxes at every turn.

[1] Based on votes to override Governor Scott's veto of H.688 in 2020, which created the Vermont Climate Council (who's primary objective was to implement the Transportation Climate Initiative carbon tax). The Bill also created the ability for any person to sue the state for missing carbon reduction benchmarks. Sally Achey and Art Peterson were not in office at the time of the vote, but have publicly announced their opposition to the bill.